Marriage from A to Z

Principles for a Successful Marriage 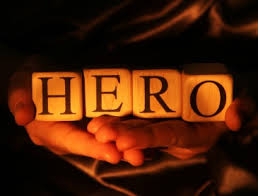 Have you ever had a day where you could see the hand of God orchestrating every detail?  Last Tuesday, my husband was off from work. He had not planned to be off, but he said that he felt like God had something else for him to do that day.   He ran a few errands, and called to invite me to out to lunch.  I was so excited, because on a normal Tuesday he would be working and we would not be able to spontaneously meet for lunch.
As I was on my way to meet him, I traveled on Interstate 95 South and got off onto another highway. As soon as I got off of 95, a warning light appeared on my dashboard.  I started hearing this noise which sounded like a helicopter was over my head. What sounded like a helicopter ended up being a flat tire.  When I realized that I had a flat tire I pulled over as soon as I could. I was concerned about how the tire would get fixed, because I was in a dangerous spot with very little space to change a tire.  In addition, the tire that was flat was facing the busy traffic.  I called my husband and told him that I had a flat, and was stuck on the side of the road.
Let me share how God orchestrated this day. My husband, would have normally been at work on any given Tuesday.  I believe that God had him off from work, just for me.  When I called him, he happened to be about 5 minutes away from where I had the flat. He immediately came to the rescue.  As I mentioned, I was in a dangerous spot because there were so many vehicles passing by, and my flat tire was facing the on coming traffic.  I wondered how my husband would be able to get the tire off with very little space to maneuver.  I began to pray,  “Lord please help my husband to figure out a way to change this tire, and keep him safe.”  The next thing that I know, my husband had positioned himself under the truck in such a way that he was able to change the tire without his body being in harms way.   Within a few minutes, he took the flat tire off, went to the store to get me a new tire, came back, and put the new tire on my truck.  Before I knew it, I was able to get back on the road.   I was so thankful!  I said, ” Thank you for being my hero!”  My husband responded by saying, “We know Who the real Hero is, and that’s God!  Best of all, we were still able to have our lunch date.  (smile)
I shared this story to remind us that God is our Hero! He wants to be the Hero in every area of your life.  Will you let Him?   A hero is defined as a man of distinguished courage or ability, admired for his brave deeds and noble qualities.  Also, a person who in the face of danger and adversity or from a position of weakness, displays courage or self-sacrifice.  God wants to be your ultimate hero. What ever you are going through know that God has it all under control. No situation is too difficult, no problem is too big, no spouse is difficult for God. God can take our difficult situations and make them work for our good (Romans 8:28).  He is a restorer, He is a healer and He can do anything but Fail. Place your marriage, your children, your broken relationships  and every situation in the hands of the Lord. Be persistent in prayer, strengthen yourself with God’s Word,  walk in obedience and trust God with the issues of life.  He may not come when you want Him, but He is always on time.  God is our Hero!
Until next week  . . .
Carolyn